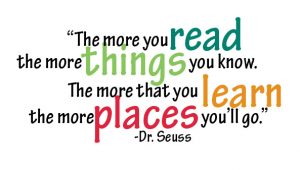 For the very last post of this semester, I’d like to give you the official results of our class reading challenge:

During the past 20 weeks, we managed to read 172 books total. This means we have missed our goal by 50 books. However…if we count each book that has more than 250 words as double, the way we agreed upon regarding your genre requirements, …we did not only complete, but excel our target. Should you choose to count the second variant, you can proudly chalk up 257 books and celebrate 222 + 35 books read in just one semester! Congratulations to all of you for having read so many books, some of which must have been quite challenging. Kudos!

Thank you all for a great and productive first semester!

…until the semester break! Time to finish the first semester with oomph!

Not only will this first period of the 5th form be finished in a short while, but also our first two class projects will be over:

Have you finished the list and managed to fulfil all the genre requirements? Are you happy with your reading experience and the amount of reading you did? Do you have any ideas for a personal reading challenge for the second semester?

Have you completed all assignments? Which type of assignment did you like best? Are you satisfied with the comment system – yeah….probably not….well then: ideas on how to improve the amount of comments each blogger gets? Was writing online and editing/revising helpful to your process? Is there anything new you have learned for your own writing? Would you like to continue blogging?

What would you answer? – We’ll see. I will create an online survey on these topics and the English lessons in general – anonymously, of course – we can use as a tool of evaluation. With the results I hope to further improve our lessons in the future!

Let’s dip our toes into a little analysis!

As I have told you before, your last piece of writing will deal with an aspect of your 222 books experience. You already have some knowledge when it comes to literary theory and I would like to see how you use it for a final essay. 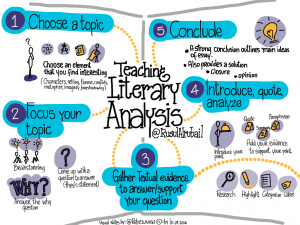 Your essay should be around 350 – 450w long and deal with either one of these tasks:

option 1: Identify a common theme (identity, friendship, love, survival, fear, …) used in at least two of the books you have chosen to read. Describe how the theme is presented throughout each book and by what means, and compare it to the other text(s). Finally, elaborate on whether or not the theme and its realisation appealed to you and give reasons.

option 2: Take some time to think about how your texts dealt with character development. Choose at least two characters, each one from a different text and compare their journey. How do the characters of your choice (not necessarily the main characters) change throughout the plot. Which aspects lead to these developments and how are the changes realised? Are the thoughts/feelings/actions of the characters understandable/believable and why – if at all – can the reader identify with them?

option 3: Compare at least two texts from the same genre with each other. First outline the literary genre (nonfiction included), then explain why each of the books you choose fit into the category and how the genre is realised. Include examples from the plot/characters/language to successfully prove your idea. Additionally look for any parts that do not adhere to genre gudelines or restrictions – could you deal with a hybrid? Finally elaborate on whether or not you enjoy texts of this genre and why.

Please publish your essay on your blog until the 5th of Feburary at the latest.

The winter holidays are coming to an end and we’ll see each other in class soon.

It has been a month since our last update and I hope you have spend the time …amongst other things… with speaking,  writing and, of course, reading in English. We have officially read more than two thirds of our goal: 170/222! This means that we have 52 books to go – or an even smaller number depending on individual book length – to reach the initial 222 books for our semester.

I am sure many of you will have books to add after the break, so I am confident we can still reach our target. Congratulations to those of you who have finished their reading requirements already. Celebrate your success! Good Job! High Five!

To those who struggle: don’t give up – every bit counts.

I hope you start the new year with high spirits and lots of energy – we are nearing the end of the first semester as well. Please prepare well for the next few weeks, as

they are decisive for your overall success. Organise the items on your 2Do lists and get an early overview:

I am contributing from my end. Please let me know if I can assist you in any way.

As we are rapidly approaching half time on our reading project for the first semester of 2016, I would like you to take a break and reflect on your work so far. Are you satisfied

with your progress? What would you like to do differently for the remaining time? Have you got all the required genres covered? Do you need help on choosing or acquiring new reading material? Are there any questions on what you have already done? Please answer these questions in a comment to this blog post.

Most of you have completed a number of books from a variety of different genres – congratulations on your accomplishments!

Once you published your comment, please use this lesson to make sure you have

Moreover, don’t forget to decide on a topic for your 222 essay, which will most likely either be a comparison of main characters or key ideas in at least two of your books. Should you already have an idea, please come and see me about it.

Regarding your blogs, please make sure you remember who your blog buddies are, visit their blogs and leave a quality comment for them. Also check your own blog and make sure you have reacted to all previous comments. Use the rest of today’s lesson to work on the blog tasks you haven’t finished yet. As always you can find all assignments on the 5owls assignment page.

A review is a type of text that examines the quality of something or someone. As a part of the 222 challenge, your grading and the preparation for the FCE exam this year, you have to choose one of your 222 books and write a  review for it that consists of an introduction (author, genre, key elements, …), a short summary of the plot (+characters;… no spoliers), your opinion (what you liked, disliked, comparisons, …) and a conclusion (recommendation?, …). Additionally, think about a catchy title. Your text should have at least 250 words and it should be posted before the Christmas break. If you choose a comic book or graphic novel, don’t forget to include the visualisation in your verdict. Below is an example for one of the books I chose.

Alden Bell’s post-apocalyptic zombie novel The Reapers are the Angels (Holt Paperbacks; 2010) revolves around a young girl’s quest for redemption and a sense of purpose in a frail, crumbling society.  Temple, who seems much older than fifteen, travels through a devastated America to fulfil a stranger’s last wish.  She comes across hordes of undead that devour indiscriminately and remnants of humankind that try to retain some humanity while surviving the world that comes so natural to her, the world she has been born into. The protagonist is far from the helpless, innocent zombie bait as often portrayed onscreen – she is a hardened survivor, a skilled opportunist and no one you would like to have as an enemy, especially not in the deadly wilderness that surrounds the tiny specks of human civilisation.

Temple (she sometimes calls herself Sarah Mary Williams – allusion to Huck Finn?) prefers travelling alone as her gruesome past is still haunting her and she never wants anybody to be dependent on her ever again. She comes across a small community of survivors, who want to take her in – but soon enough one of the men tries to force himself on her and she kills him in self-defence. The man’s brother, Moses Todd – who is a killer, a force of nature with a knack for tracking – swears to take revenge and pursues Temple, who is fleeing the alleged safety of human community to her own flavour of safety – the zombie infested wasteland.  She continues her travels and meets a variety of colourful people, among them the helpless, mentally challenged Maury, whom she – despite herself – comes to feel responsible for. While fighting off zombies, mutants and the deadly Moses Todd, Temple is determined to take her charge to his family, who might still be alive in Texas.

Alden Bell’s debut novel was recommended by a member of my book community and what I had thought to be another copycat YA story in a genre that grows staler by the minute, turned out to be quite a page turner with a surprising, genre-defying end. This book shoudn’t be considered YA even if the main character is only fifteen. Her age makes the character of Temple all the more haunting. Some scenes, moreover, are mature or explicit and the author did not hold back with the violence and gore. Temple’s encounters during her trip ranged from entertaining to harrowing and served as incidents to display even more of the interesting “heroine”, whether she tried to charm survivors or hacked away at them with her Ghurkha knife. The story’s conclusion suited and elevated the novel.

While the feeling of a post-apocalyptic road movie with slight undertones of Justin Cronin’s Twelve was enjoyable, I often found myself distracted by the harsh contrast between the narrator, Temple’s inner voice and her Southern-ish speech type. The three didn’t seem to come together at times and disrupted an otherwise seamlessly flowing story. Although my expectations were low initially, I came to appreciate The Reapers are the Angels – maybe even more for bringing a new spirit and some truly interesting characters to the genre.

“Beyond the pursuit of meaning and beyond good and evil too, she says. See, it’s a daily chore tryin to do the right thing. Not because the right thing is hard to do—it ain’t. It’s just cause the right thing—well, the right thing’s got a way of eluding you. You give me a compass that tells good from bad, and boy I’ll be a soldier of the righteous truth. But them two things are a slippery business, and tellin them apart might as well be a blind man’s guess.” Temple, The Reapers are the Angels